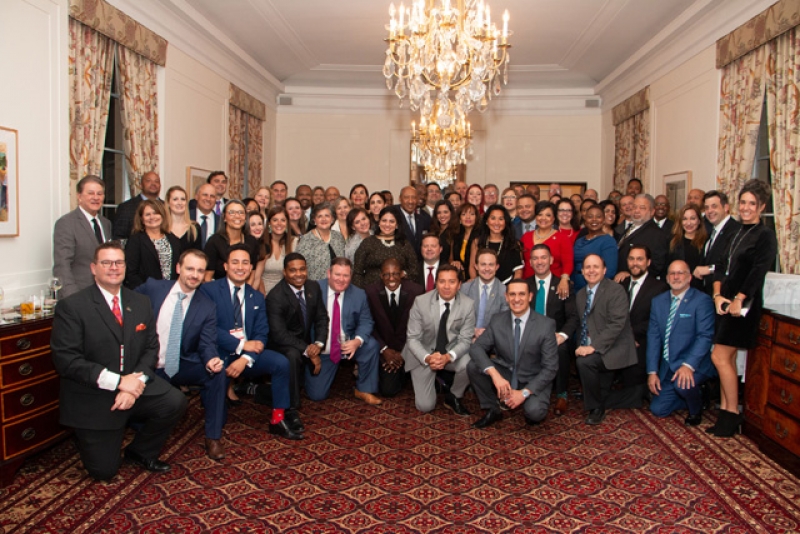 Exploring new economic opportunities for Louisiana’s stakeholders and learning other ways of conducting business and dealing with social, economic and political issues are some of the ways in which Greater New Orleans, Inc. fulfill their strategic missions of business development and business environment.

In the past, GNO, Inc. has explored economic opportunities with recent missions to England and Panama. This year’s mission was to Colombia – perhaps an unexpected destination to most, but a relevant one, due to its renaissance in different fields after the many years of conflict and inflation after the drug wars that the country has suffered.

There were some reservations among the group of 75-plus business executives and government officials that were part of the delegation that visited the capital city of Bogotá. But the excitement of discovering Colombia’s current economic climate first-hand was greater than the safety concerns that may have arisen with recent news of the FARC abandonment of the peace treaty with the government.

During the 5-day visit to Bogotá, the delegation of New Orleanians was able to understand the economic climate of diverse industries that included tech, tourism, culture, gaming, education, trade, transportation and social reform, among others.

Innovation in these fields was what caught most of the attendees’ attention, including New Orleans Councilmember Cindy Nguyen. The engagement of at-risk communities within different initiatives in Bogotá was of particular interest to Nguyen. “Seeing the community engagement and opportunity is what I’m taking back to New Orleans. We can create a space for everyone to be at the table for impactful projects in the city of New Orleans.” 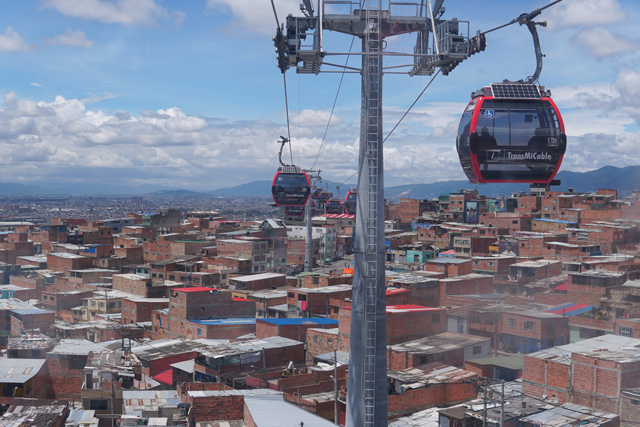 One of the most memorable experiences of the excursion was learning about TransMiCable, a mobility and urban development initiative that is improving the quality of life of the residents of Ciudad Bolivar. The delegation learned about the multimillion-dollar investment and its operation and got to ride through 3 of its 4 stations. Ciudad Bolivar, a neighborhood to the south of Bogota, has been perceived as a source of violence and, in some ways, had been forgotten by the city’s government. The area had become a squatter’s neighborhood and was isolated for many years. Getting in and out of Ciudad Bolivar was an hourlong ordeal for residents traveling via bus. It was an even longer trip for those who had to travel by foot because they lacked access to transportation. Added to the hectic traffic of Bogotá, average daily commutes could easily take over 3 hours, which further limited opportunity for better employment and upward social mobility.

With TransMiCable, which takes residents down to the Tunal Transmilenio bus station from the highest station in 13 minutes during rush hour, quality of life saw an immediate improvement. The fact that the government invested in the district also impacted residents’ sense of self-worth and sense of belonging. 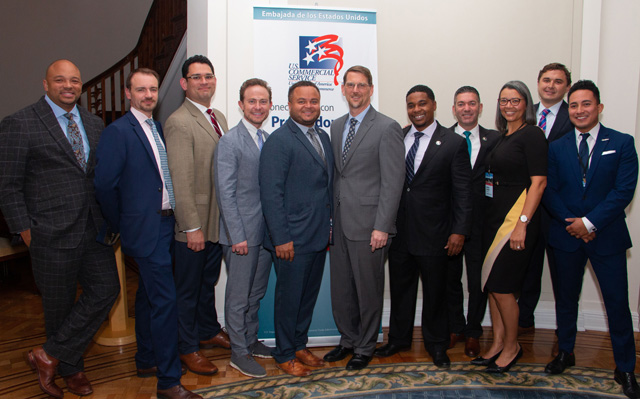 The economic impact of this investment is evident, but the social impact goes well beyond the tangible. This forgotten neighborhood is now being visited by residents of other parts of the city that would have never dared the venture. At the same time, the new transportation system is attracting tourism to the area. Social development and communications agent Jeffrey Gómez explains that as a social initiative, TransMiCable has offered many educational programs, as well as job training programs. “We have tried to include residents as workers, which not only creates access to jobs, but also creates a sense of belonging in the community members and ensures that users develop a love for the system and take care of it.”

The mission’s immersion into community revitalization, global competitiveness, entrepreneurship, software development, crime and social reforms, and free trade zones, offered numerous insights for the participants, which represented diverse business fields. Michael Hetch, President and CEO of Greater New Orleans, Inc., thought Bogotá was a good example to follow in New Orleans. “From managing to transform itself, bringing everyone along from infrastructure, transportation education…You can see an entire population of millions of people working together to create a better future, so it’s very inspiring.” Of course, the trip included some leisure opportunities that began with the welcome reception provided by Copa Airlines, a visit to Andres DC – one of Bogota’s most famous restaurants – and a reception at the residence of the U.S. Ambassador. These events gave the delegation the opportunity to get a taste of the local food and culture, and to network and enjoy a wonderful experience.

“Connecting in Colombia,” as the international business exchange was named, offered great perspective for economic development in New Orleans. Rachel Shields, who worked tirelessly on all logistics of the trip, offered her final remarks: “Colombia is a country that has done in the last decade what other regions have taken over 30 years to do, so it’s really fascinating for us from New Orleans and Louisiana to see some of the progress, touch it, feel it, for ourselves. We have a lot to learn from our Colombian friends and we are going to take all this back home and to use it in our own economic development strategies as we move forward ourselves.”