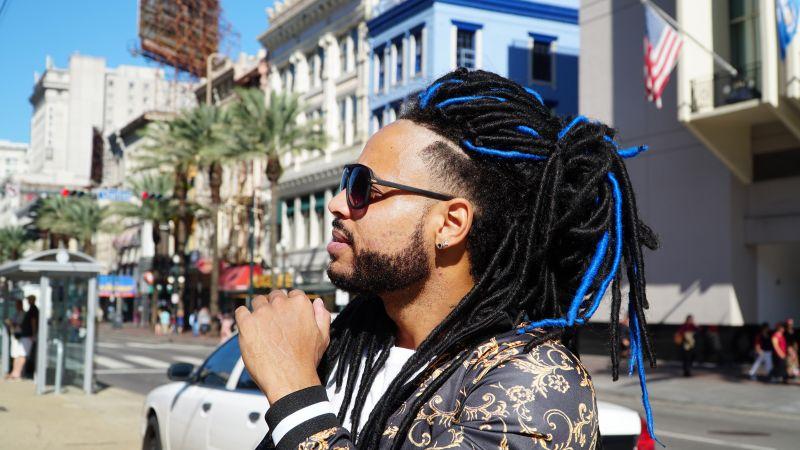 Deco Martinez is creating reggaeton hits right in New Orleans. His talent has been nurtured from years, and with just about two years of residing in the Crescent City, Deco is starting to get the recognition he has dreamed of.

At age 12, Deco Martinez wrote his first song and continued to nurture his dream. In Havana, Cuba, the city where he grew up, he managed to get copies of his favorite artist Vico-C's and has been inspired by his style and to get into the urban genre. Almost three years ago he left Cuba to pursue a dream. "As every Latino comes to this country to look for a future he cannot find in the land they came from, I came with dreams and many things in mind," says Martinez.

Deco is a songwriter above everything and is convinced with his writing skill he will provide artists of all genres with great lyrics. To make it here, he has worked in construction and as a barber, always giving the best of himself, but he has never lost sight of his objective of making it big in music.

He puts many hours into his music. Deco creates the basic chords on a guitar when composing and his lyrics and rhythm is then sent to his fellow Cuban and friend Jerry Edition, a music producer in Miami.

"When I'm in the studio, or doing something that has to do with music, I forget about everything else and at that moment I feel I'm alive," says Martinez. Local artists like Doba, Celso, Urban and High Level have lent a helping hand to introduce him to the scene and to help him get noticed.

Deco's single Pa Que Bailen, has been playing in local radio station Latino Mix 97.5. Receiving the support of people like Eduardo Courtade, the director of Latino Mix, has been a boost for his music and the recognition of his talent in town.

Deco plans to continue making music and knocking on doors of venues that will allow him to perform. He has taken an interest in the New Orleans genre of bounce and plans to incorporate it in future work.

At the past edition of Calle Ocho Festival in Miami, Deco performed in front of a crowd that was quickly captivated by his performance. Deco knows he can entertain a crowd and wishes promoters in town gave more opportunities to local talent like himself to perform in festivals and venues.

Deco Martinez has the talent, the drive, and the spirit of an artist, that combined with his attire, his demeanor, and his hair style, draw the attention of everyone around him. Some curious ones dare to ask who he is as they guess he could be a famous artist.

This is just the beginning for the artist who values the message that music can carry. For now, his message to those who want to pursue a passion is to not give up. "Nothing big, no success comes easy. One must overcome all the challenges that life brings. Do not give up," advises Martinez.

You can find Deco's music by searching Deco Martinez on Apple Music. He has currently 10 singles on his iTunes album, and continues to work hard to create more music and to spread it around everywhere he can. You can support him by following on social media and attending his performances around town.

Our Amazon is burning