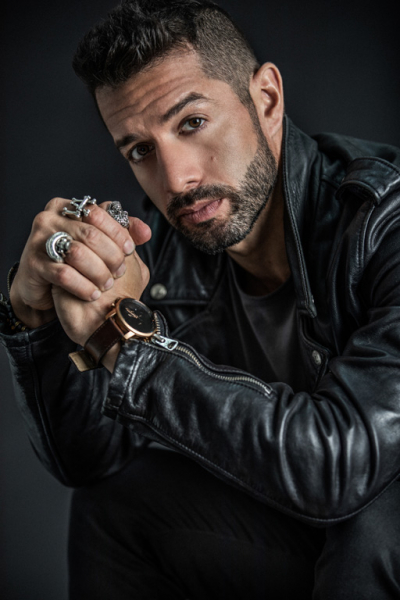 Bayardo de Murguia: Leaping into Hollywood on His Own

After graduating from the University of San Diego, Bayardo De Murguia moved from San Diego to Los Angeles to become an actor. The former college football player moved to the city not knowing one person, but he decided to pave his way to success through his determination.

“I didn’t have a guide. I just immersed myself in Los Angeles,” De Murguia said. “Everyone has a different journey in their careers as an artist. So, you just take and learn from everybody and all of their experiences and fix your own.”

During his time in college, De Murguia transitioned from football player to actor thanks to a theater class and his growing love of film and performance.

“Just the ability to tell stories, make people laugh, make people cry using myself as a tool was so awesome, and it’s such a fulfilling feeling,” he said.

Throughout his career, De Murguia has found himself in numerous projects, from one-episode roles on series like “CSI” and “Shooter” to voice acting roles.

De Murguia said he enjoys doing some of his voice acting roles because it makes him feel like a kid again. Initially, as a Spanish-only speaker, he said he learned English by copying things he would see in cartoons and video games.

“I was this little Mexican kid that would like to mimic everything,” he said. “So, I was always fascinated by that, and then as I got older, voiceover acting was something that I wanted to get into.”

However, for De Murguia’s upcoming role, he moves from the world of cartoons and cop dramas to the world of competitive ballet in Netflix’s “Tiny Pretty Things.”

Based on the novel by Sona Charaipotra and Dhonielle Clayton, “Tiny Pretty Things” follows a young ballerina who enters an elite ballet school filled with drama and rivalries in a story described as “Black Swan” meets “Pretty Little Liars.” In the series, De Murguia plays Ramon Acosta, a strict Cuban-American ballet instructor who will do everything it takes to get his students to perform the best.

De Murguia was initially unsure about getting the role when auditioning for the teen drama as “it’s all pretty people.” However, with some insistence from his fiance, he eventually kept working on his audition tape and then getting the role in what he described as the “easiest, most streamlined, perfect audition situation.”

“Normally, you hear horror stories of, ‘I tested, and I did a chemistry read, and then I didn’t hear anything for three months, and then I got fired and this and that,’” he said. “Mine was like, ‘I auditioned. All of a sudden I met everybody and then I was in Canada.’” 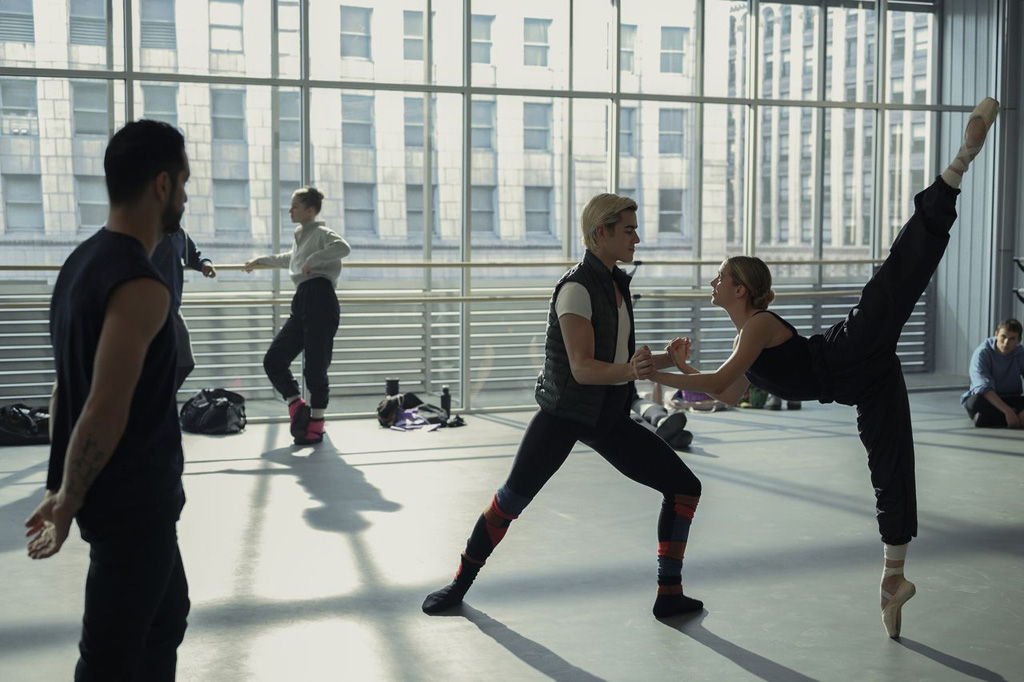 In playing Ramon, De Murguia described his character as a very passionate and honest person who uses any method he can as a teacher to get the best and worst out of an artist.

“He embraces the darkness. He embraces the crappy parts of the world and what you go through, and if he can get the best out of you as an artist by focusing on that, that’s what he is all about, which causes conflict with others,” he said.

De Murguia said he prepared for the role by studying Cuban ballet dancer Carlos Acosta and watching films and documentaries about ballet to immerse himself in that world and learn about ballet’s Cuban style. He also said that the cast spent time before filming to do ballet rehearsal, working alongside different choreographers.

“It was the sorest that I had ever been, and although I joke that my bar technique is superb, my centre work does need a little help,” he said. “But, it was cool just to be there early and focus on ballet.”

In being a Latino actor, De Murguia said he looks to always bring truth and authenticity into whatever role he plays, whether it be a cop or a cartel member. However, with his role in “Tiny Pretty Things,” he said it was nice not to try and be something he already is while also stepping into a new type of role. 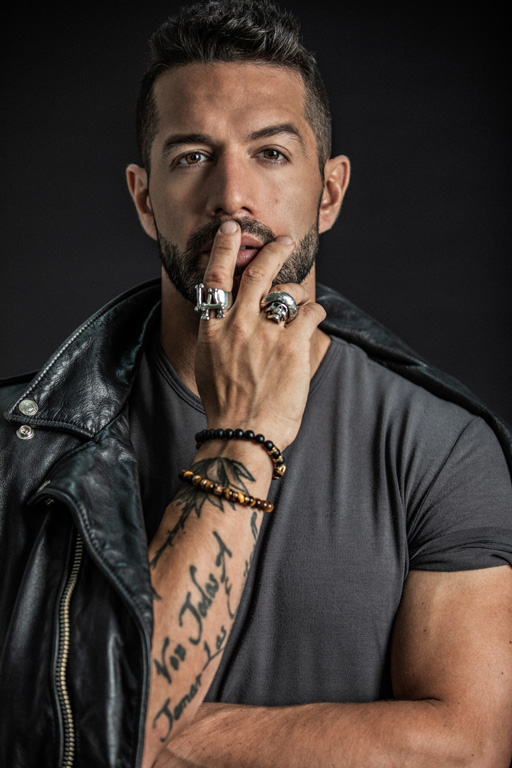 “The thing about Ramon that was great was that not only am I learning about a new world, I’m also creating a strong Latino character within it. But, with the liberty of not focusing on that,” he said. “The focus was on who Ramon is, and what he is as a person, and then in the background, the fact that he is Cuban-American.”

With the push in the film and television industry to feature more diverse voices behind the camera, De Murguia said that he hopes for more opportunities to give accurate and authentic representation to his fellow Latino-Americans.

“Even though I was raised in Mexico and then came here when I was young, I view myself as an American and having both cultures within me. That’s just who I am,” he said. “The more opportunities I can just be me and have my background in the background and not be the focus, I think that’ll be awesome.”

As he awaits the release of “Tiny Pretty Things” on December 14, De Murguia says that he has spent his time during COVID-19 working on his acting skills, staying creative, and thinking about what is most important. 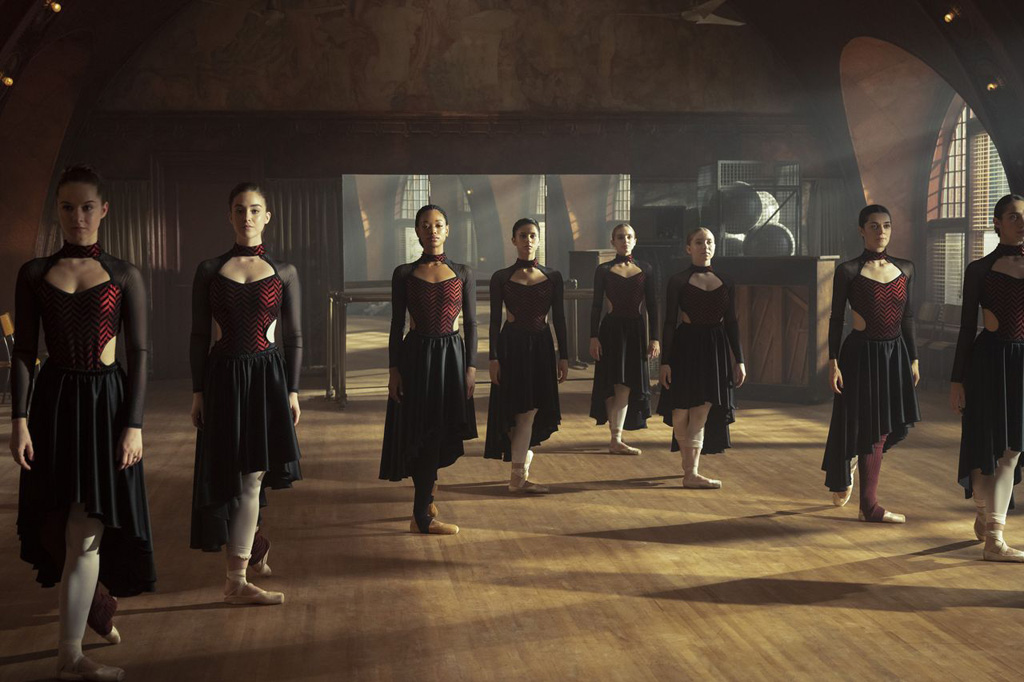 “The one thing about COVID is that it has reminded myself and friends and other artists what we need to focus on because stuff can be taken away very quickly, and we’ve got to remind ourselves to stay focused and stay healthy,” he said. “It reminds us sometimes of how expendable we are.”

Though De Murguia hasn’t been to New Orleans yet, he said that his goal is to ride his motorcycle from somewhere like Miami or Atlanta to New Orleans next year. When he comes to New Orleans, he said he would focus his time on music and food.

“As much as people are like ‘I want to go down Bourbon Street’ and Mardi Gras and all that, I just think the music scene is awesome,” he said. “There isn’t a lot of opportunity for that [live music] at the moment but, I’m definitely a big fan of jazz and blues and Cajun food and seafood.” 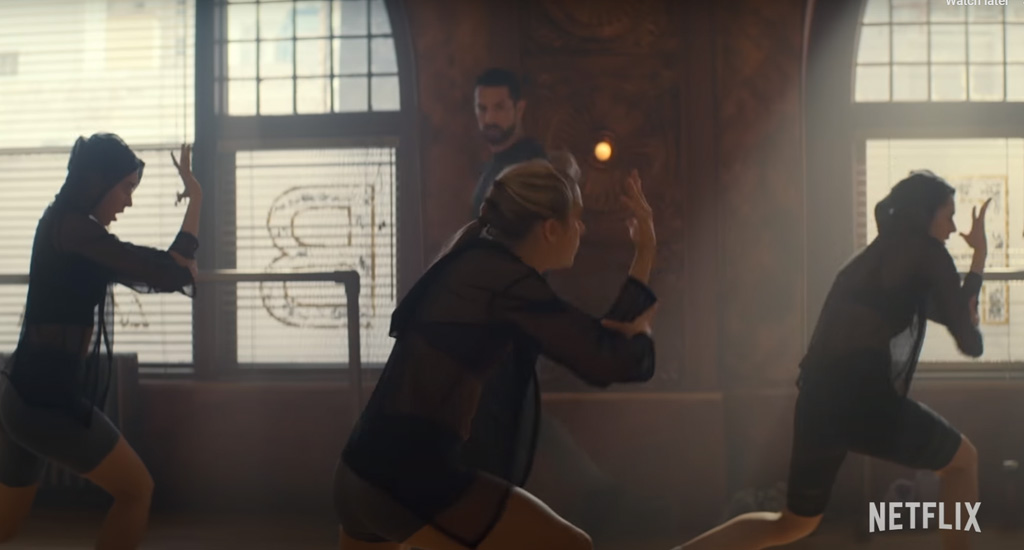 As he continues to look forward to the next year, De Murguia hopes for “Tiny Pretty Things” to get a season two and learn more about directing to tell stories and become a resource to others.

Last modified onTuesday, 01 December 2020 14:56
You can support VIVA NOLA’s mission of connecting communities by donating here. Your support, in any amount, is very appreciated.

More in this category: « The Gift of Wine (Knowledge) Checking on Our Musicians! »

”Zydeco Star” A fusion of cultures