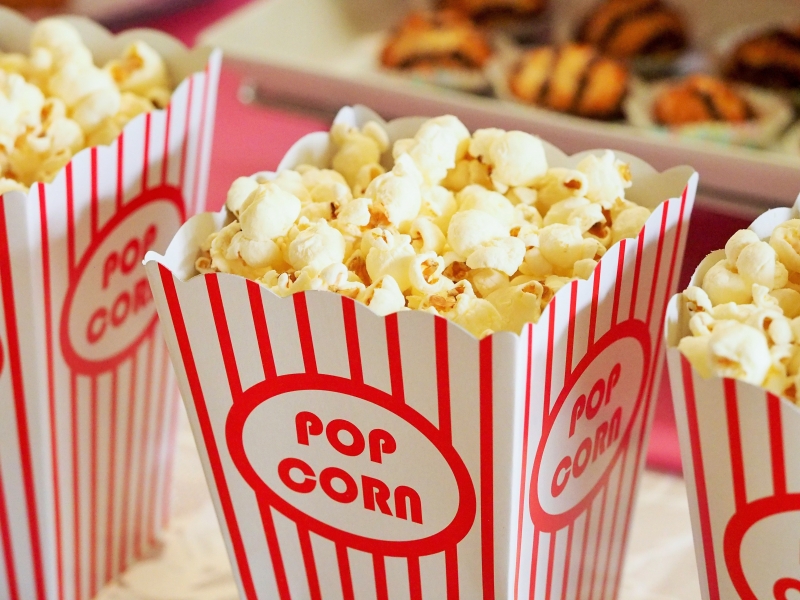 Latinos in the Movies

“In the Heights” was going to be the biggest Latino film of 2020. Directed by “Crazy Rich Asians” director Jon Chu, the film featured an almost all-Latino cast in a story written by Latinos about Latinos. However, due to the spread of COVID-19, “In the Heights” will no longer be coming out this year.

Now moving to June 2021, 2020 has been left without one of the biggest films for Latino representation in years. Though nowhere near the same level as “In the Heights,” there are numerous films that do feature Latinos in prominent roles throughout the rest of this year. Here are some of the most prominent of these films. (Releases may move as the COVID-19 pandemic continues.)

Releasing in time for the celebration of the United States’ independence, “Hamilton” moves from its home on Broadway to the comfort of your homes via Disney+.

The film follows Alexander Hamilton, played by Lin-Manuel Miranda, as he fights for independence against the British to eventually become one of the founding fathers of the United States. Instead of an adaptation of the musical, the film instead chooses to use recordings of previous performances.

One of the things that “Hamilton” is known for is their non-traditional casting, which has given the ability for Latino actors to participate in roles they previously wouldn’t have had the opportunity to play before. As previously stated, the film has Puerto Rican-American playwright and actor Miranda in the titular role. The film also stars Puerto Rican-American actor Anthony Ramos in dual roles as John Laurens and Phillip Hamilton. We all know Danny Trejo from his appearances in “Spy Kids,” “From Dusk till Dawn” and “Machete.” But, in this new documentary, viewers will get to know more about Danny Trejo and how he got to be where he is.

Directed by Canadian documentarian Brett Harvey, “Inmate #1” tells the story of how Danny Trejo went from being in prison to be an extra in Hollywood. The film goes onto show how Trejo became an icon and changed what it meant to be a Latino in cinema.

Along with Trejo himself, the documentary will also feature prominent Latino celebrities such as director Robert Rodriguez, “Fast & Furious” actress Michelle Rodriguez and “Up in Smoke” actor Cheech Maron. David, played by “A Better Life” actor Bobby Soto, and Creeper, played by Shia LaBeouf, are “tax collectors” for a crime lord known as Wizard. However, with the return of Wizard’s rival, the pair’s jobs and lives are in jeopardy causing them to need to find a way to protect their families.

Being set in Los Angeles, it is to be expected to have a Latino cast, and “The Tax Collector” doesn’t disappoint. From “Once Upon a Time” actress Lana Parilla and “Predator” actress Elpidia Carrillo to comedian George Lopez and MMA fighter Brian Ortega, the amount of representation in this film is off the charts. 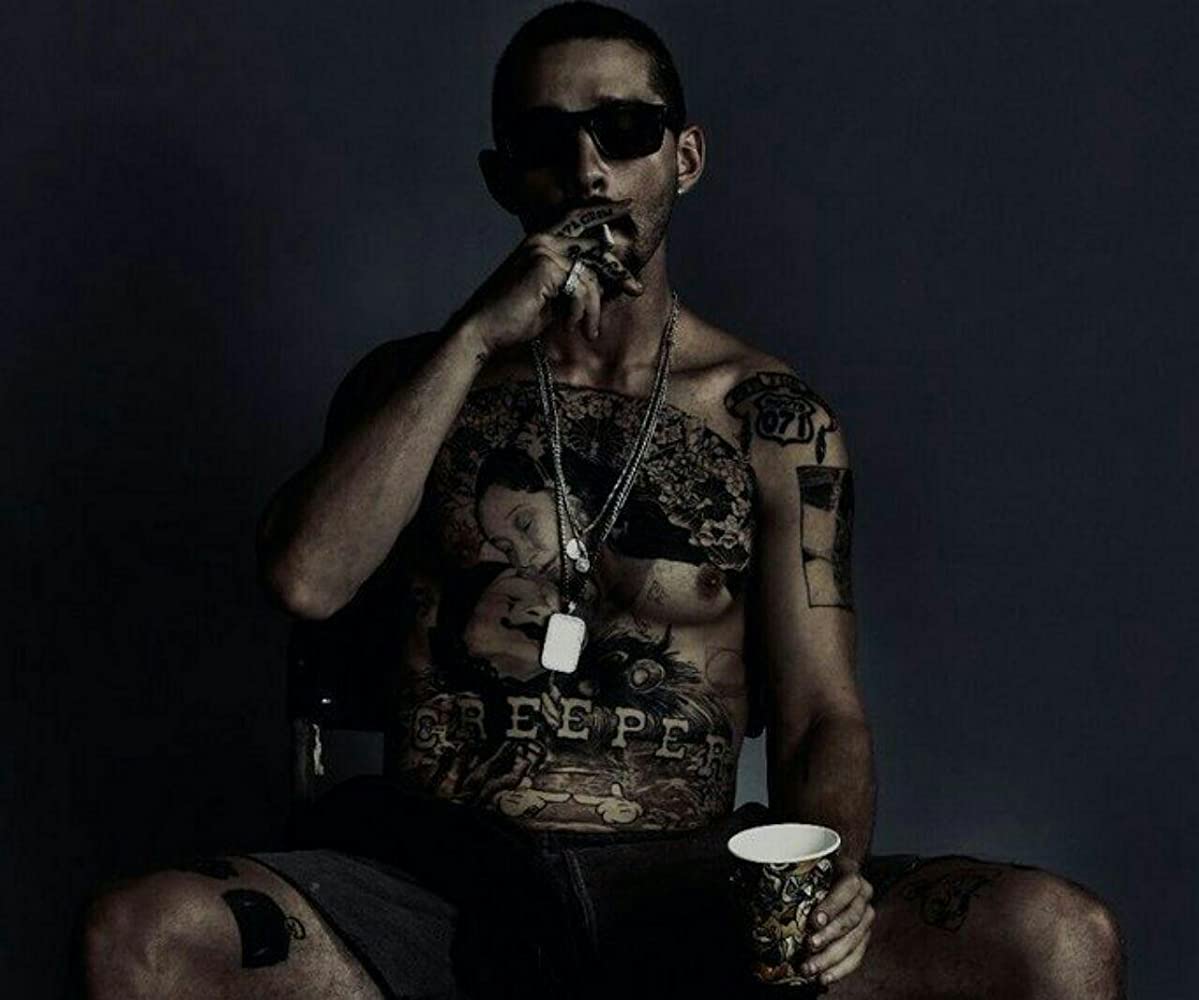 Adapting the award-winning children’s book, “The One and Only Ivan” looks to provide a new heartwarming tale for the current generation.

Ivan, voiced by Sam Rockwell, is a gorilla who lives in a cage on top of a mall with an elephant, voiced by Stella, and a dog, voiced by Danny DeVito but has no memory of how he got there. After the animals take in a young, abused elephant, they decide that things need to change for them. 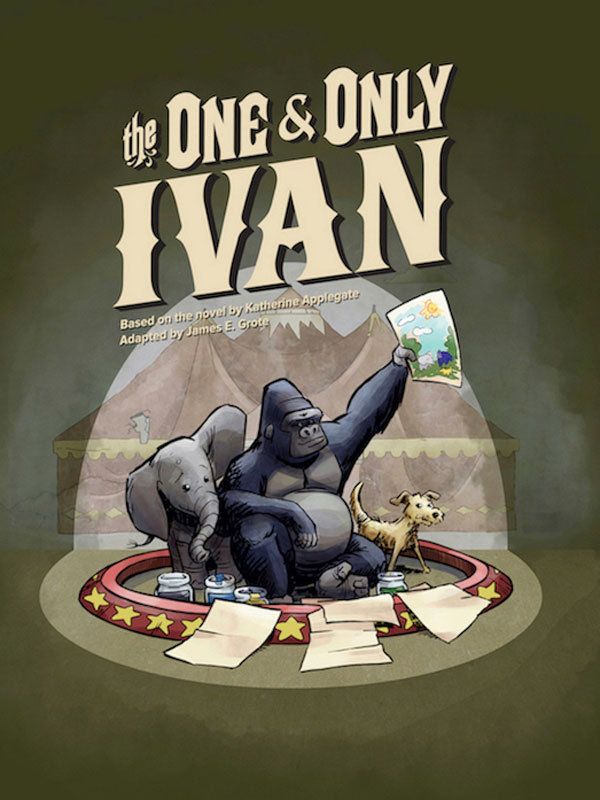 After years of setbacks and reshoots, “The New Mutants” will conclude the “X-Men” franchise with a horror twist before being added into the Marvel Cinematic Universe.

A group of five young mutants from all over the world have been placed into a secret facility and are looked after by fellow mutant Cecilia Reyes, played by Alice Braga. However, the mutants discover that the facility isn’t exactly what it seems to be and plan to escape.

Special from many of the other superhero movies out there, half of the cast of this film is Latino. Brazilian Alice Braga plays the mutant’s mentor in the facility, who may be hiding something from them. Joining his fellow Brazilian, actor Henry Zaga plays the Brazilian mutant Roberto da Costa, who has the ability to control solar energy. Playing a non-Latino role, British-Argentine actress Anya Taylor-Joy plays Russian mutant Illyana Rasputin, who can teleport and wields a magic sword. Bringing the most iconic female superhero to the big screen once again, “Wonder Woman 1984” takes the heroine to a new time for a new adventure.

Operating as Wonder Woman during the Cold War, Diana Prince, played by Gal Gadot, comes into conflict with new enemies Cheetah, played by Kristen Wiig, and Maxwell Lord, played by Pedro Pascal. As she prepares to battle these foes, Diana is also reunited with her believed dead lover Steve Trevor, played by Chris Pine.

Taking a departure from his usual heroic roles in “Narcos” and “The Mandalorian,” Chilean American Pedro Pascal takes the role of media mogul Maxwell Lord. Lord is a constant foe of the Justice League in the comic books, having even killed some superheroes. 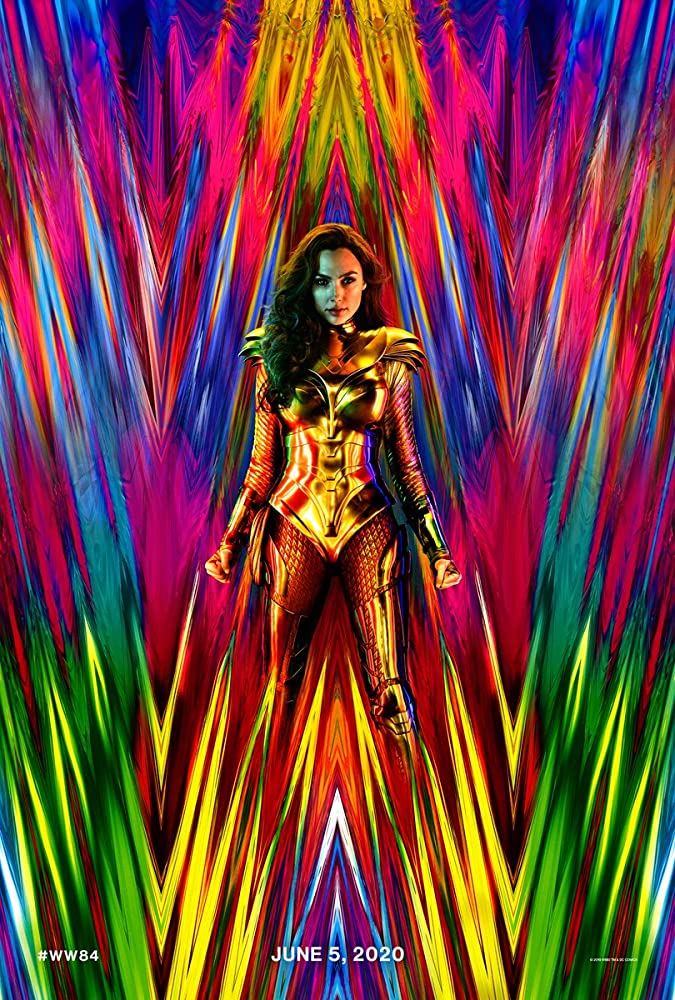 Bringing his unique and eccentric style back to the cinema, Wes Anderson returns with yet another quirky film in “The French Dispatch.”

Working for the French bureau of a Kansas newspaper, a group of American journalists covers a variety of events from the kidnapping of a police officer’s son, a student-led revolution, and the work of an incarcerated man.

Despite the film being set in France, this doesn’t mean that there is no Latino representation to be had. Puerto Rican actor Benicio del Toro plays Moses Rosenthaler, an artist serving a term in prison. Also appearing in the film is Guatemalan-American actor Tony Revolori in an undisclosed role once again working with Anderson after starring in “The Grand Budapest Hotel.” 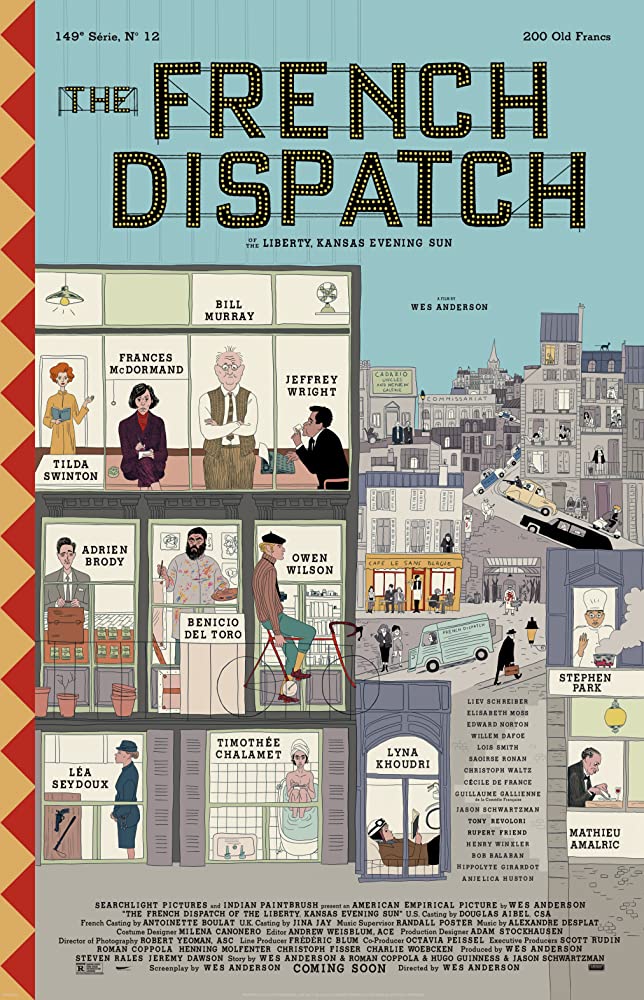 Rebooting the iconic “G.I. Joe” franchise, “Snake Eyes” takes a look at the character who has been around for almost 40 years.

After the death of his father, Snake Eyes, played by Henry Golding, trains to become a ninja to seek revenge. Along the way, he will meet his rival and adversary Storm Shadow, played by Andrew Koji.

Taking on one of the most iconic villains from the “G.I. Joe” franchise, Spanish actress Ursula Corbero is set to play Baroness. The character is well-known for being a prominent member of the evil organization Cobra and constantly coming into conflict with the Joes. Returning to the big screen almost 60 years after its’ first adaptation, “West Side Story” takes another look at these iconic star-crossed lovers.

Differing from its’ 1961 original, this version of “West Side Story” features more Latinos cast in the roles of the Sharks. Maria is played by Colombian American newcomer Rachel Zegler. Cuban-Candian performer David Alvarez will play the role of Bernardo, the leader of the Sharks. Afro-Latina Ariana DeBose will play Anita, the girlfriend of Bernardo. Even Rita Moreno, who won the Academy Award for playing Anita in the 1961 film, will appear in the film as Valentina, a reworking of the character Doc. 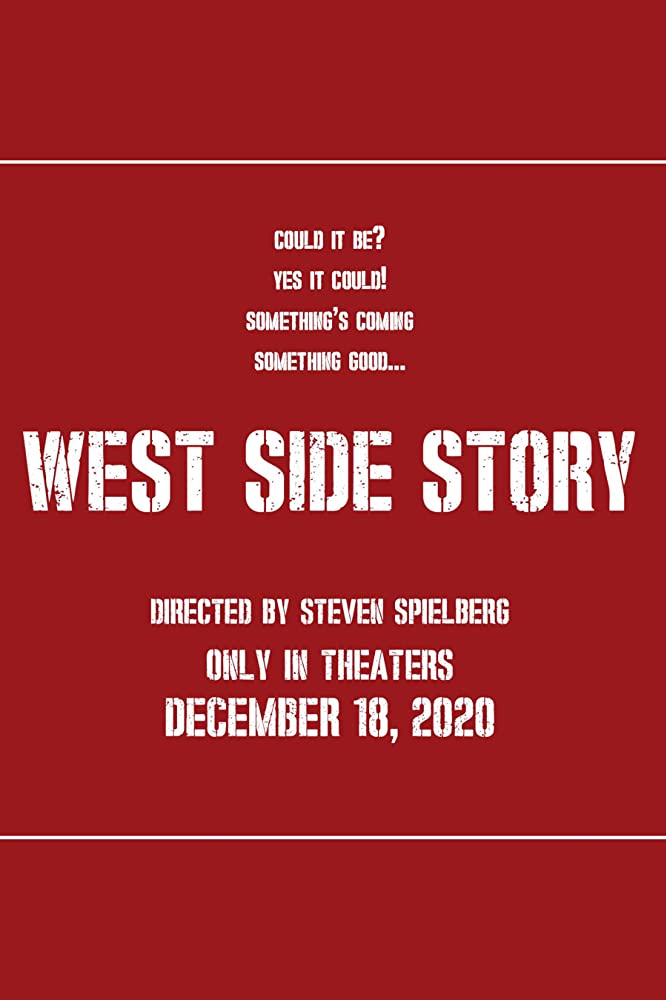 As you can see, just because “In the Heights” won’t be coming out this year doesn’t mean there will be no Latino representation in film. This list doesn’t include all the films with Latinos in supporting roles with high-profile films such as “No Time to Die” and “Monster Hunter.” It shows that slowly, but surely, Latinos are working their way into bigger and better roles in the film industry.

Last modified onWednesday, 01 July 2020 12:05
You can support VIVA NOLA’s mission of connecting communities by donating here. Your support, in any amount, is very appreciated.

More in this category: « Domestic Wine Beyond California 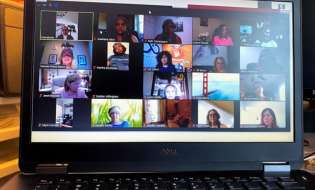 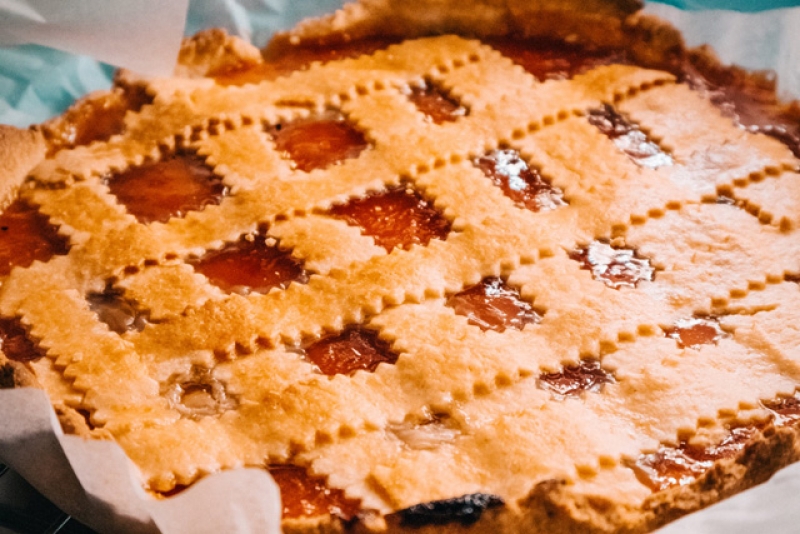 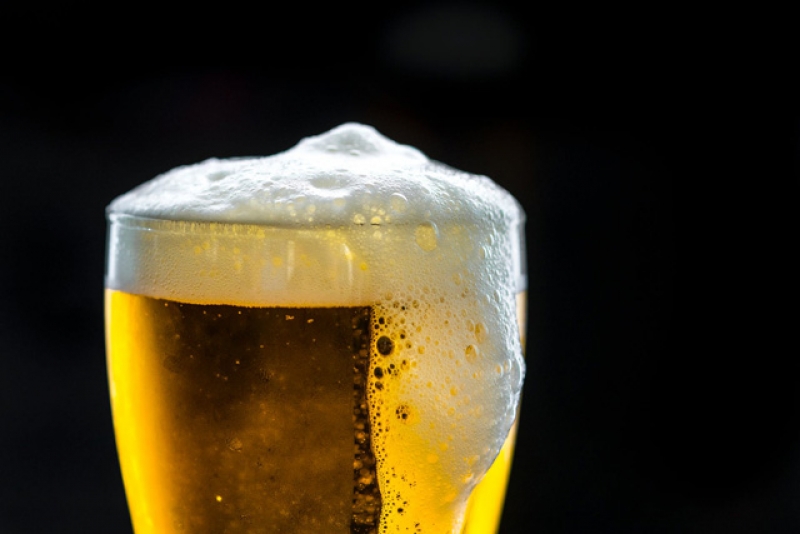 Diversity, Equity and Inclusion As a Strategy for Growth 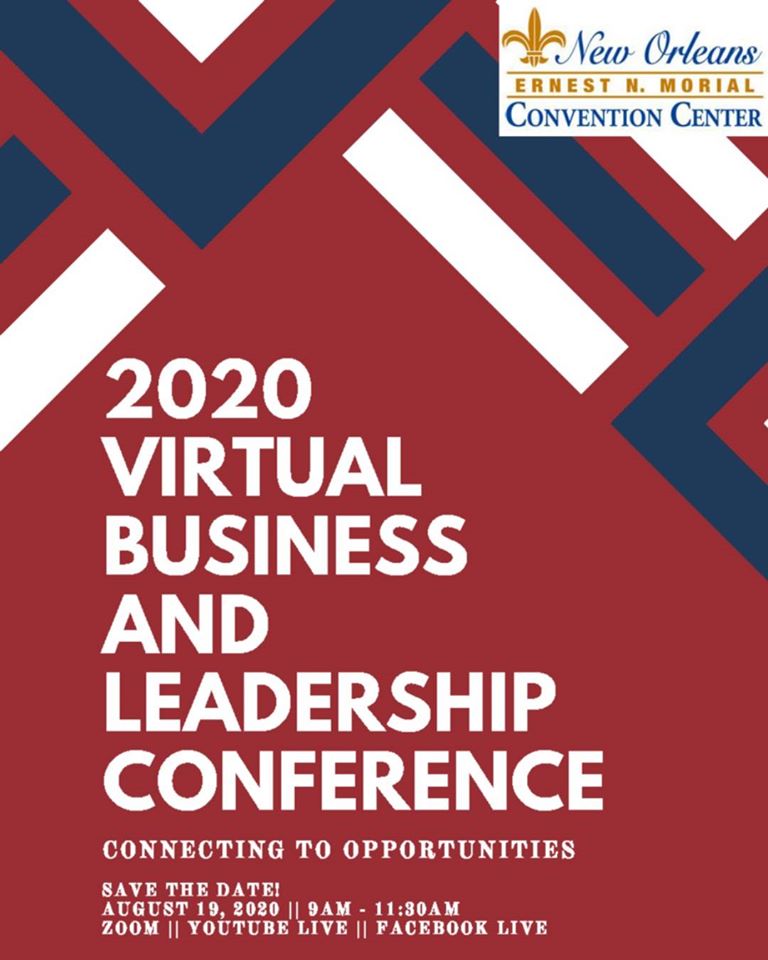