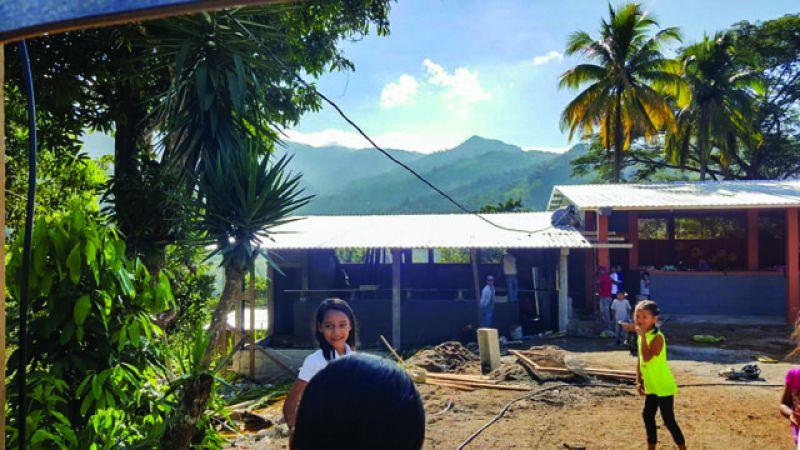 Local Iniciative to build a school in Honduras.

Miriam Brown is a renowned accountant in New Orleans. A proud Honduran who has had professional success thanks to her effort and dedication. Miriam is not indifferent to the problems faced by Honduras and Central America, in general.

There is a serious humanitarian crisis, with minors in extreme poverty, with little chance of getting ahead based on education. Miriam, like several Hondurans based in the U.S., has decided to make a difference, and give back with resources to their Honduran brothers, so that they have a light of hope, and can access a decent education, in this case, through a school.

We spoke with her to find out about her initiative.

VN- How was the idea of a school in Honduras born?

MB- I saw a report on Facebook about these children, receiving class without desks, on the floor, with a building consisting of 4 posts and walls of black plastic bags. I asked myself...What do they do when it rains? So, I contacted Dariela Raquel Villalobos, a teacher at the Pueblo Nuevo school, and that's how it all began.

VN- How was it decided where to build it?

MB- The community of Pueblo Nuevo, in Comayagua, had already bought the land, and they were trying to do something with their own resources, after having requested financial help from the Department of Education, and not receiving any answers.

VN- What does it mean for you to lead this project?

MB- It is very gratifying for me to be able to do something for these children. Along with my friends Walter Andrés López, Germán Zelaya and Jose Sierra we realized that the only way to carry out the work was by requesting donations. The original plan was to build 3 classrooms, but we lacked funds. We are proud that 35 children will begin their school year in a new concrete building consisting of two classrooms. The company Recacel, from San Pedro Sula, donated 6 computers, Internet and a virtual library for children to do their homework and research.

VN- How has the sponsorship for the project been resolved?

MB- We opened a Gofundme account in August 2018 and were lucky that a good number of people responded and cooperated to purchase materials. Labor is being provided by the community itself.

VN- When and how is the inauguration planned?

MB- Work is still underway. The school year begins in February in Honduras, so we are wrapping up just before classes begin.

VN- What has been the response that the Honduran community of New Orleans has had for the project?

MB- Honestly, I expected more Hondurans to see how important it is to educate the youth in Honduras, and to join the work. But we wholeheartedly thank all those who contributed. I was surprised that several people, without any connection to Honduras, also cooperated. There are good people in the world.

VN- Do you think that the Honduran community of New Orleans should be more supportive of their countrymen back home?

MB- Definitely. We must work on creating more awareness and making education and health issues a priority in Honduras. If all Hondurans in the U.S. put our grain of sand, we could achieve much in our country. I admire our brothers in Costa Rica, because education is the first thing for them. Hopefully, the same can be achieved in Honduras. United we can!

VN- Is there any other project at the underway?

MB- Yes. We are talking about coming together in New Orleans and creating an organization to continue the task of supporting education. There is a lot to do in Honduras.

VN- A final message from you

MB- A million thanks to all the people who donated for this project. Without them, it would not have been possible. Let's continue working for the common good. May God multiply it! Thank you! 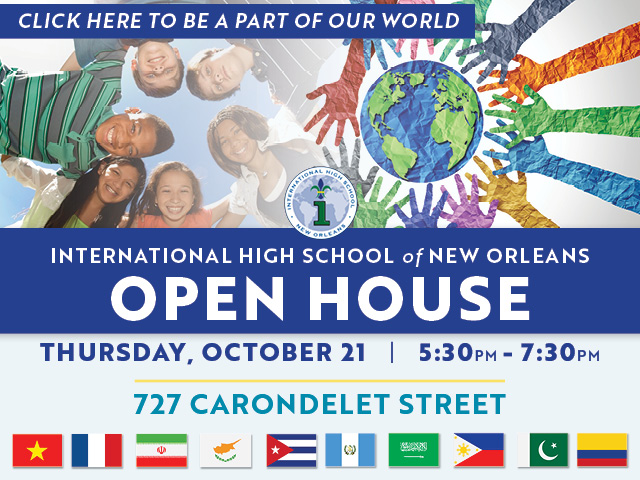 VIVA NOLA OCTOBER-NOVEMBER 2021 You can support VIVA NOLA’s mission of connecting communities by donating here. Your support, in any amount, is very appreciated.

More in this category: « The Visible and the Invisible

Step by Step! Let’s Get There!