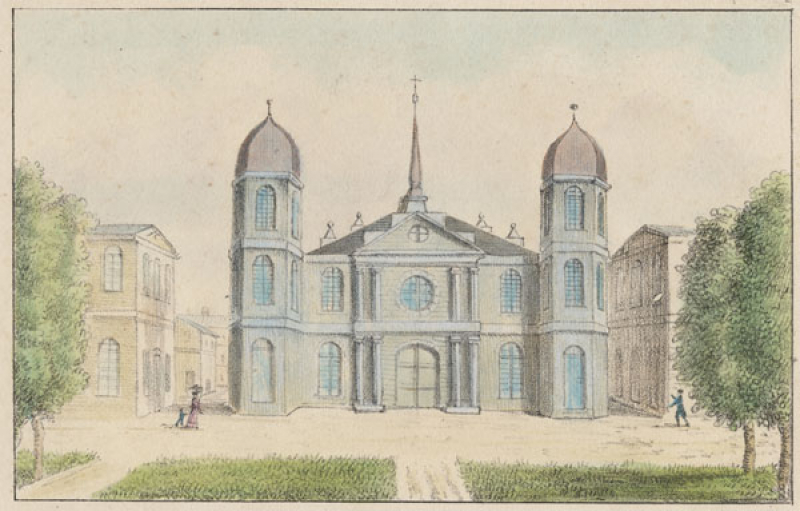 There is no New Orleans Without Nueva Orleans

The Spanish colonial period in New Orleans lasted for nearly four decades in the late 18th and early 19th centuries, but its impact and legacy remain to this day. Although the city is known for its French heritage, the bilingual exhibition “Spanish New Orleans and the Caribbean” from The Historic New Orleans Collection (THNOC) seeks to rescue the vital influence of the Spanish in the region.

Under Spanish rule, New Orleans saw advances in its infrastructure, economy, and population growth, with a cultural life enriched by its well-educated and knowledgeable leaders in science, agriculture, and the arts.

New Orleans served as an important center in the new world, along with cities such as Havana, Mexico City, Santo Domingo, Santiago de Cuba, and Veracruz.

In this exhibition, more than 120 objects are shown, including maps, documents, furniture, paintings, and books; THNOC owns some, and others are on loan from institutions in Spain, Mexico, and other cities in the United States. These objects are presented together for the first time and demonstrate the importance of New Orleans as a Spanish city in French territory.

Alfred Lemmon curated the exhibit. It was a slow process that took almost seven years due to disruption due to the pandemic. “We had to look for the right documents, but at the same time, we have to find visual documents that tell a story that is interesting to the attendees,” Lemmon said. He also explained some objects are replicas made using the techniques of the time. An example is three flags inside the exhibition. “Made in Madrid, the flags took ten months to complete using 18th-century techniques,” Lemmon added. Another replica is a model of a ship representing one of the Spanish galleons that traveled from the Caribbean to New Orleans, which took 18 months to build.

Touring the exhibition, one can understand the close relationship between the cities along the Gulf of Mexico. Even though Veracruz was closer to Mexico City than New Orleans, the topography made traveling between those cities difficult. According to Lemmon, the exchanges between Veracruz and New Orleans were more frequent, so a school was proposed for young students from Veracruz to study in New Orleans. 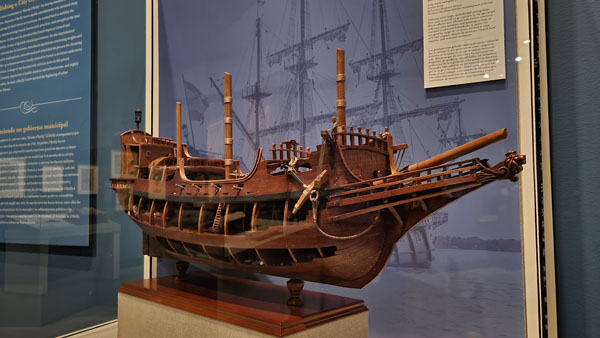 In the exhibition, you can see letters between Louis XV, King of France, and Carlos III, King of Spain, in which they greet each other with “dear brother and cousin.” The letters between the monarchs ​​are for the first time in an exhibition together. Based on these documents and years of extensive research, Lemmon concludes that the actual influence in New Orleans was the convergence of the Bourbon kings since the founding of the province of La Louisianne coincided with the strengthening and development of the Bourbons as kings of France and Spain.

Lemmon also realized that the Spanish understood that although New Orleans had no wealth in gold, its most considerable wealth was the Mississippi River. For this reason, they made sure to populate the region by bringing the Acadians from the new France and the Isleños from the Canary Islands. These inhabitants helped prevent the English from crossing the river and seizing the riches of the Mexican territory.

The exhibition highlights Bernardo de Galvez, governor of Louisiana, son of the Viceroy of Mexico, and a relative of diplomats from Russia to Tierra del Fuego, who dedicated themselves to serving the Spanish crown. Galvez, renowned for his military might, was an intellectual who wrote plays, founded the San Carlos Academy, and donated much of his wealth to help citizens in Mexico.

“At the end of the Spanish period, the city of New Orleans was three times larger, and the architecture was stronger. The city had a defined center at Jackson Square, with the Cabildo, the Presbytere, and St. Louis Cathedral. It remains one of the most beautiful official centers in the United States,” said Lemmon.

According to Lemmon, the Spanish also contributed to the independence of the United States. “Carlos III was a close friend of George Washington. A lot of money from the revolution was moved from Havana to New Orleans to help Washington,” he noted.

To learn more about the fascinating history and details of Spanish New Orleans, attend the free bilingual exhibition “New Orleans and the Spanish Caribbean,” on view until January 22, 2023.

More in this category: « Mardi Gras with Arthur Hardy