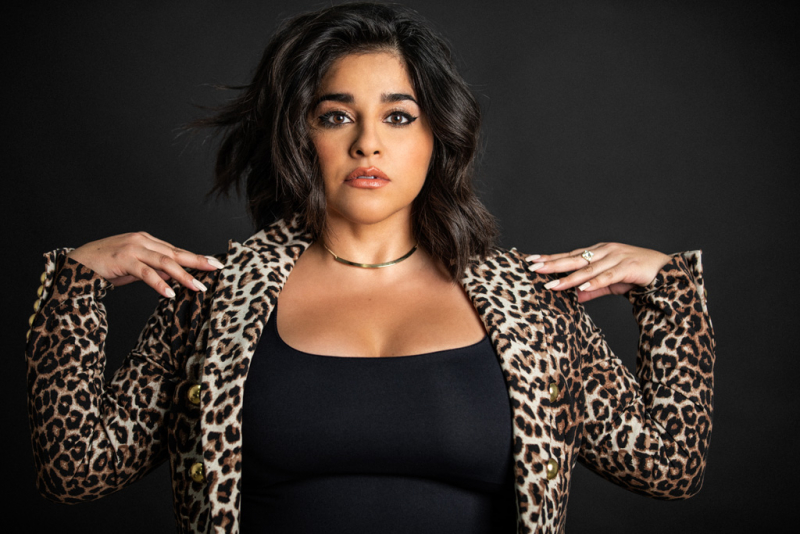 ON PLAYING SUZETTE QUINTANILLA ON SELENA: THE SERIES

Raised in Coachella Valley, California, Noemi Gonzalez began to sing to handle the struggles of life. Thanks to the dedication of her teacher, she joined her school’s choir, which eventually took her to New Orleans.

“The first time that I was on a plane, the first time that I went to another state was to this beautiful, creative place of New Orleans,” she said. “That was before Katrina happened, so it was incredible to have this richness of culture and music and artistry and to sing there with my choir.” 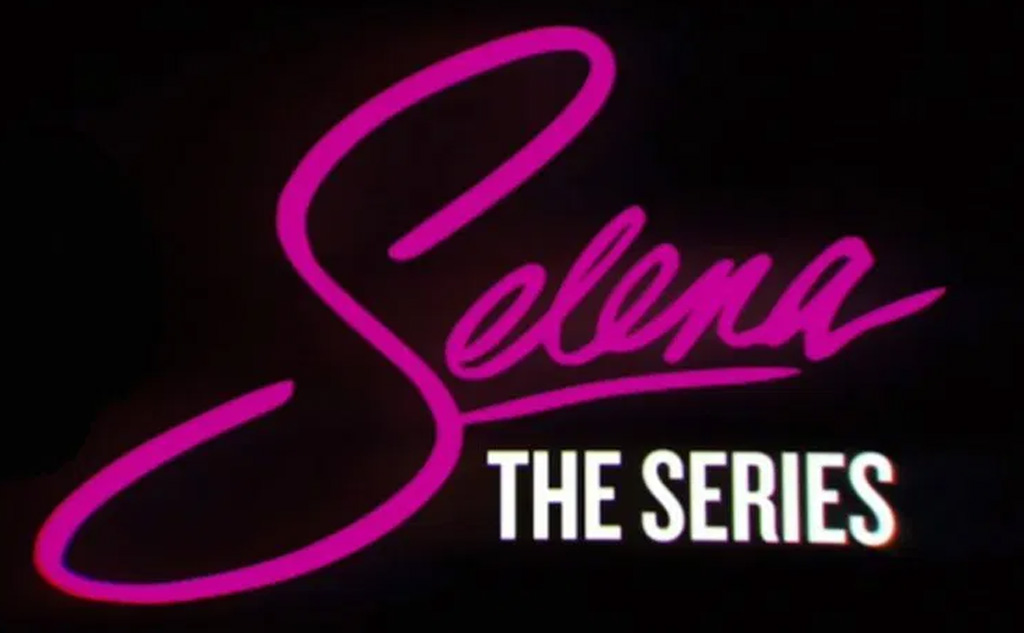 As she went back home and continued singing, she was soon brought down a different path thanks to something a friend told her.

“My girlfriend Gina said, ‘I love to hear you sing and watch you sing because it’s like you are telling a story. It’s like you are acting.’ That’s when acting came into the field of vision for me and my plane of consciousness to consider it as something I could do,” she said.

Though not sure if this was her true path, she went to the University of California in Santa Barbara with the plan of being a music teacher like the one who inspired her. However, in an Intro to Acting class, she auditioned for the school’s Bachelor of Fine Arts program and joined their acting conservatory pushing her to fully pursue acting. 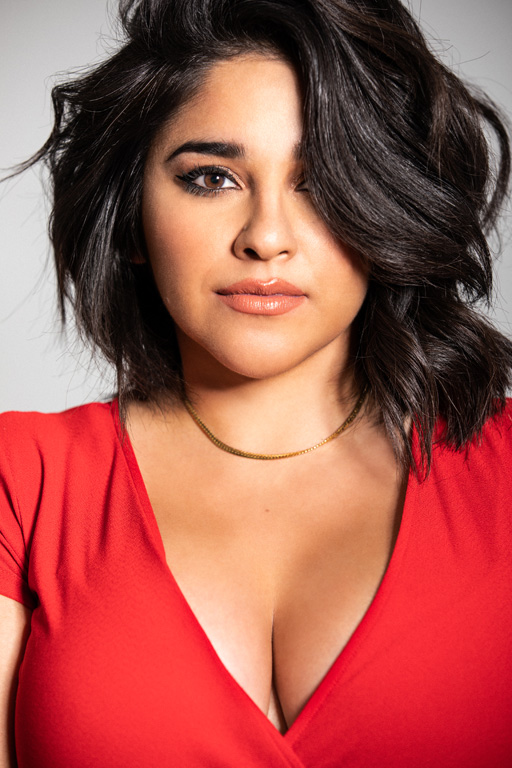 Now, Gonzalez is awaiting the release of her latest project “Selena: The Series,” that comes on Netflix on December 4th. Retelling the true and tragic tale of Tejano singer Selena Quintanilla, the series presents a story close to the hearts of many Mexican Americans, like Gonzalez herself. But, for this self-described “first-generation Mexican-American immigrant from humble roots,” the project is an honor that her career has been building toward.

In the series, Gonzalez plays Suzette Quintanilla, sister of Selena, and a part of their band Selena y los Dinos as a drummer. Through the process of her casting, Gonzalez had to show off her acting chops, show her commitment to being in the role and perform a camera test. Upon getting approval from the Quintanilla family members, who serve as executive producers on the series, Gonzalez was officially given the part and got to work.

“I started drumming August 16th and then three weeks from that we were supposed to film. So, I started learning 50 songs of hers,” she said. “It was definitely a severe, professional leveling up and challenge to live up to creatively, spiritually, professionally.” 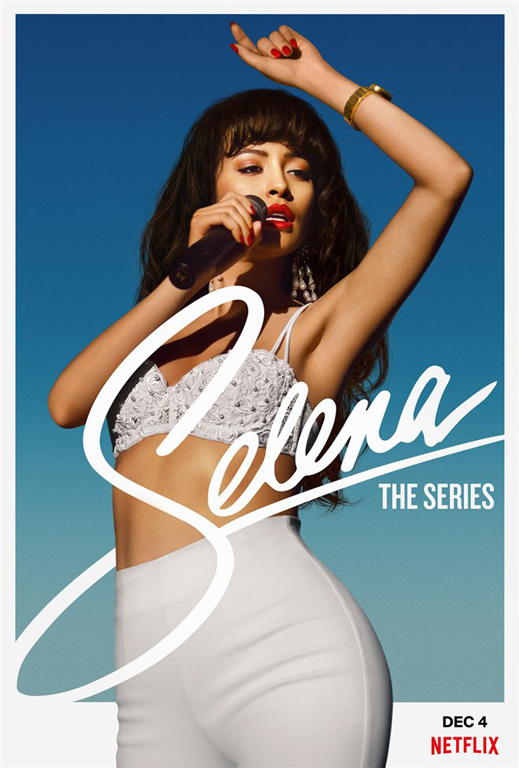 Along with the musical aspect of the role, Gonzalez had to work with a dialect coach to get the overall essence of who Suzette was during the period she was being portrayed in. The role also came with some creative challenges as there was not much material of Suzette prior to the loss of Selena.

“It was nice to have some creative license of filling in the gaps of who Suzette was before this tragedy happened,” she said. “It was so much fodder for artistry and craftsmanship, and it was so much fun to recreate a life based on something I already had to pull from.”

With working on this project that is important not only to the fans of Selena but also to the Quintanilla family, Gonzalez said that she leaned on God, Selena’s music, and the people she worked with.

“Whenever I felt stressed, I would listen to her music and would be brought right back to the light that is Selena, that is Selena y los Dinos, that is the Quintanilla family,” she said. “I definitely had to make sure that I was always centered and based in reality but not overwhelmed by it.”

Along with that, there was the pressure that came with COVID-19 that affected the filming of the project, which had to shut down and then return to be filmed under restrictions.

“It’s just been an experience to go through this while being a part of a show that meant so much to me that I didn’t know whether or not it was going to pick up again,” she said.

A major aspect of “Selena: The Series” is that it is a Latino story told with Latinos on camera and behind the camera. Gonzalez said that the industry has changed a lot since she started for stories about Latinos and stories about people of color.

“Yes, we have more work to do. The work will never stop but we’re not watching paint dry. We are adding to the mural as changes continue in the industry,” she said. “I want to stay positive and grateful and not at all cynical, jaded, or callous or bitter about where we could be.”

As we move into 2021, Gonzalez says that despite not knowing what the future may hold, she wants to live out life to the fullest when everything comes back to normal.

“I want to honor that we went through this experience together and channel everything that we’ve been through in 2020 and 2019 to my next jobs and my next presentations publicly so that I can serve my community and that I could serve my artistry so that nothing shakes my course, nothing shakes my drive, my zest for life and my love of connecting with people through my work,” she said.

More in this category: « Latinas to Vote Monserrath Avila’s Journey to a Healthy Lifestyle »