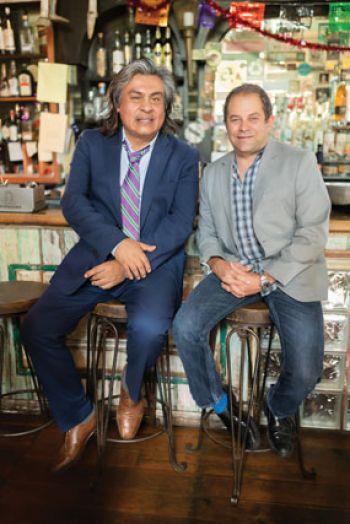 You don’t have to know Spanish, or cite the capital of Bolivia, or point to a Latin American country on the map. If you have eaten a taco, which you most certainly have, you have tasted the simplicity and the richness of Latin culture.

Tacos are a versatile food that can be enjoyed anywhere and everywhere. They are enjoyed in little towns for as low as 19 cents, and they get served at the most glamorous parties.

Tacos are an ancient food that traces back to the Olmecs, but they can be considered a progressive food because they are eco-friendly and a balanced type of nutritious meal. They can be made as a vegan guacamole stuffed tortilla or they can be prepped with fancy caviar. Tacos don’t discriminate.

The quintessential Mexican staple, tacos have conquered the food scene of the U.S. and the world. Just a taste of this simple, yet delicious, food can spark a quest for new flavors and create a need to find out more about the diverse traditions of Mexican culture.

New Orleans isn’t new to Latin influence or flavors, but after Hurricane Katrina, the influx of Latino immigrants working outdoors created the need to cater to their eating habits. Taco trucks came along and more New Orleanians began to recognize the great variety of ways in which tacos could be served.

Two years ago, a festival centered on the king of Latin food was created, and it was an instant success. The man behind it, Shane Finkelstein, is a self-proclaimed Mexican culture lover and is the owner of Nacho Mama’s restaurant in Elmwood. After recognizing a great event in Denver, Finkelstein knew New Orleans was lacking a major Latin food festival, and he knew a New Orleans version of the Denver Top Taco had the potential of becoming an instant success. “First of all, people love tacos. The Latin community has been growing tremendously, and I thought getting restaurants together to do an event like it was cool. I own Nacho Mama’s, so that was a good tie in…Getting the whole margarita and tequila component into it made it more special,” explains Finkelstein.

Top Taco quickly gained recognition as one of New Orleans’ top events. Even the more skeptical, such as Hugo Montero, owner of Casa Borrega in Central City, realized the positive impact Top Taco had on Latin American culture and Mexican and Latin restaurant owners in the city.

“Ironically, I did not participate in the first Top Taco, being snobbish about it,” recognized Montero. A big advocate for preserving Latin American culture, Montero felt there could be some issues of cultural appropriation with a Latin festival organized by non-Latino folks. It was his son Yves who was the first one to call Montero out on his choice not to participate. “My son has an American mind about business that I don’t have. I was very strong culturally about the event and decided not to do it, but when Chilango’s [restaurant] won Top Taco in the ‘Best traditional taco’ category, I understood what the event was doing for the community.”

Montero became a witness of what was taking place. He saw how Finkelstein was able to convince more than 30 restaurants, small and big, to participate the first year. The second year, Montero jumped on board and was surprised to see all the enthusiasm by the restaurants to participate, to bring their infrastructure out to the river, and to contribute for a great cause, while at the same time, getting the great PR of being voted by people and getting the title of restaurant with the Top Taco’s award for best traditional taco, best creative taco, best traditional margarita, and best creative tequila cocktail in town.

“I would have never thought 10 years ago that we could have an event in New Orleans like this. This is an event that is sponsoring and promoting the culture. As an event producer, I understand and praise the effort and the way the event has been put together by Finkelstein. He has his heart in the right place,” added Montero.

Now Montero works closely with Finkelstein and he has become a sort of cultural adviser for Top Taco. As Montero points out, the event has changed the mindset and has brought a solidarity among Latin places. “Instead of trying to kill the competition, we are working together and on the same page.”

Top Taco’s charitable component has been devoted to Foster Nola which continues the work started by One Heart NOLA, which grew from a $20,000 operating budget a year to $100,000 because of the contribution of Top Taco. Through their foundation Foster Nola, Top Taco has teamed up with local organizations who serve foster care youth. “We are passionate about the kids that age out of the foster system,” explains Finkelstein, adding that for them it is important to help youngsters who could end up in homelessness when they reach majority age. “The state of Louisiana cuts services for foster youth as soon as they reach age 18, which in most cases, leaves high school students out in the street.”

Top Taco has grown to more than 40 participating restaurants and over 40 spirit brands. The event has evolved in its third year and has expanded its program to include a four-day educational component from March 10th to March 14th. Top tequila and mezcal competitions, a whole day of mezcal seminars accompanied by a burlesque show, an El Tesoro Spice Bar activation, and lucha libre outdoors are some of the events that combine fun with information. Patron is sponsoring a CRT certification for around 200 local bartenders to become certified tequiliers.

“We are excited to have a lot more people to be knowledgeable about tequila in town,” added Finkelstein. These fun-filled events are open to the general public and will be held at the beautiful ACE Hotel preceding the final event, Top Taco, that will take place again this year at an expanded section of Woldenberg Park on March 14th with a VIP experience that begins at 6PM and general admission set for 7PM.

To purchase tickets for both, Agave Week and Top Taco, visit toptaconola.com.

More in this category: « RISAS RIZOS A Natural Influencer Pedrito Martinez and The World's Music at Jazzfest »

Innovation in Times of Crisis