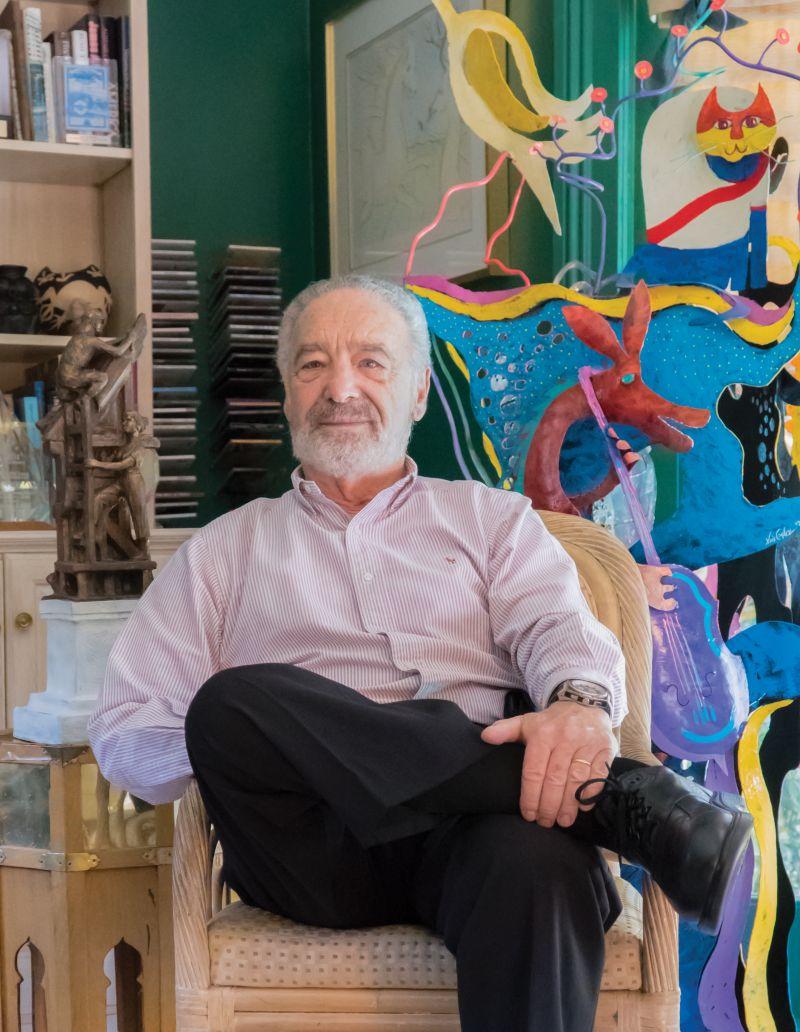 Tribute to the Latin American Workers

After Hurricane Katrina, the city of New Orleans had to reinvent itself. The reconstruction seemed a titanic task, difficult and far away. And so, summoned by misfortune, the Latino workers began to arrive.

For the most part, it was Latino construction experts who came to rebuild this city and accelerated the process with their imagination and dedication. The current aspect of New Orleans cannot be explained without the labor of hundreds of Latinos who took double and triple shifts to recover the majesty of one of the most beautiful cities in the United States. Many of them stayed. They joined a multicolored society and made it their own. They loved the city from the first moment, because they saw her being born again.

Thirteen years later, in the heart of Crescent Park near the entrance of Piety street, now stands a majestic 18-foot tall statue of bronze and marble, with the figures of Latin men and women repairing the roof of one of the thousands of houses that they rebuilt, and that made New Orleans flourish again. This statue is an act of love and gratitude; a recognition of all those anonymous workers who answered the call in the darkest moments of the city.

Everything started in a classroom with high school youth. Dr. Juan Jorge Gershanik ultimately the leader of the initiative and the making and placement of the statue, says that young Latinos felt a bit of shame when talking about the occupation of their parents, who worked mostly in the construction and cleanup after Katrina.

Dr. Gershanik says he felt the need to appreciate those students and their families. "They need to be proud...Their parents, their family, they gave us back this city!" he exclaimed.

Gershanik returned home with the idea fixed in his mind, and after discussing the new project with his wife Ana, they immediately got to work. Many of their artist friends wanted to get involved in the project and began to give Gershanik their ideas and sketches, but these were very abstract and far from the main objective of presenting a work of art that children and generations to come could identify with.

Italian American artist Franco Alessandrini was selected to be the creator of the piece. His original sketches were changed about 25 times. At the beginning, the monument did not include the woman, but thanks to Ana's insistence, the contribution of the Latina women in the reconstruction of New Orleans is now depicted in this homage. The very European features of the men’s faces were changed, as well as the first model of the lady, which was the typical Sophia Loren look. The project took shape and became a true representation of the workers. ‘

After years of hard work, and logistical setbacks for the installation and transport of the monument made in Alessandrini’s studio in Italy, came at last the cool afternoon of Saturday, November 10, 2018. In front of a large group of people, the statue was unveiled.

Dr. Gershanik, proud of his Latin roots, saw his dream and his task fulfilled, and saw his materialized gift to the city of New Orleans: "What the monument symbolizes is the great contribution that Latinos made through their labor in the reconstruction," he stated. Latinos helped bring New Orleans back, and perhaps one of the things that was not appreciated then was the harsh conditions in which they performed this work. "They had an incredible work ethic. 10, 12, 14 hours...While there was light, it did not matter the sun was harsh in August or September, they continued to do their work," Gershanik recalls.

During the unveiling ceremony, Arnie Fielkow, former president of the City Council, commented "Thirteen years ago, we all know it was a very interesting time. It was a city that not only went under water, but it was a city that needed revitalization and new energy. We did not know what the city of New Orleans would be like. And we were planning what the city would be, and we did not know how the plan was going to be executed.” He continued, “And in 2005 and 2006, we saw our Latino workers come to our community and help us rebuild our homes, businesses and really give an uplift to our community. And the culture also changed in this community. You saw new and enhanced culture come into this community.”

Dr. Gershanik says that he was very happy to see the excitement of the Latino community regarding the project, based on the group of workers who helped with the installation of the monument. Ana Gershanik, tireless promoter of the project, commented, "I’m just so moved that we were able to do this...I just love our Latino community, they are hard-working people. I hope their children will be as proud as we are to have them in our community.

Many workers after Katrina have stayed and have become very productive in our community, and I hope we will all render tribute to them.”

Dr. Gershanik is known for his altruistic work in favor of the city of New Orleans. In the middle of Katrina's emergency, he rescued premature babies from Baptist Hospital, which was flooded; He made helicopter trips to Baton Rouge while manually providing oxygen to babies in critical condition. This, along with other invaluable exploits through his career in medicine, have saved the lives of the most vulnerable.

The monument will be here as a legacy to honor the Latin American workers who helped in the rebuilding of New Orleans after Hurricane Katrina, thanks to Dr. Gershanik’s recognition of the need to render tribute and give credit where credit is due.

A Summer Update on The New Orleans Pelicans 2019

Dialogue as a Tool for Economic Progress