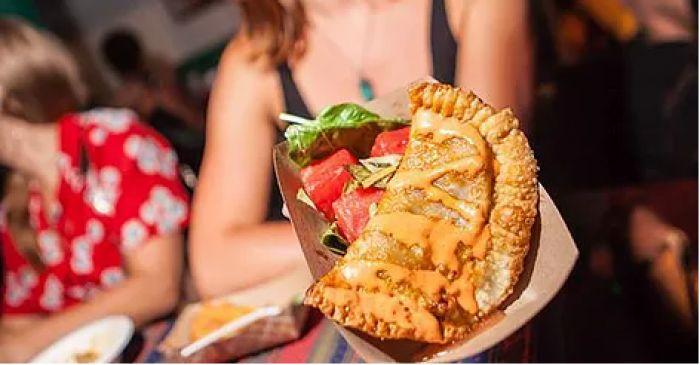 New Orleans is a city of hustlers. Here, big thinkers with modest budgets can turn a side gig into a day job. Or night job, if that’s more your thing. And that’s exactly what Orlando “Orly” Vega did when he moved here from Miami and launched Congreso Cubano, a pop-up dining experience with Cuban roots. I asked Orly about his journey with Congreso, what inspires his menus, and the future.

What brought you to New Orleans from Miami? Quite honestly, there wasn't much that wasn't calling me to New Orleans. It was not the food at that time. I regularly visited for Jazz Fest and, being a musician myself, it was always somewhere I wanted to be. Simply put, I had a bad year in Miami, so I threw everything in my car and took up a friend's invitation in Mid-City. That was almost seven years ago.

Did you have intentions to create a culinary experience upon arriving, or was it a happy accident?

The food came a bit later out of a mix of culinary homesickness, a desire to showcase my family's food, and a deep interest in the historic links between New Orleans and Havana and the idea came out of necessity. I had left my 9-to-5 and decided to make the best of my newfound free time while I was job searching. The job market was rough, so I kept making sandwiches to entertain myself and would set up on stoops or work out of the car.

What were some of the hurdles you faced, and what kept you going in those challenging early days as a pop-up?

When you are popping-up, everything is a potential hurdle. It’s nice not having a rental overhead, but you give up a lot of control to property owners, weather, transportation logistics, etc. Not to mention that everybody wants a cut of your sales until you can prove that you know how to fill a room.

For a city whose culinary landscape derives great influence from Latin cultures, yet had few Cuban eateries, was it difficult to explain to customers that Cuban food isn't "tacos and margs"?

No, it really wasn't. These days there's a big buzz around Cuba and a surprising amount of our guests have had the chance to travel there. It’s been a fun experience listening to our guests' differing expectations of a dish. Since Cuban cuisine has continued to evolve throughout the diaspora, you'll find guests that expect very different interpretations of a dish. Sometimes one was introduced to the dish in Tampa, Florida while the other tried it in Santiago de Cuba. Even among neighboring provinces in Cuba certain dishes can vary quite a bit.

When you create a menu, are you inspired by tried-and-true family recipes or fresh takes on the classics?

Our mission is to connect New Orleans to its ancestral sister cities through our food. Some of our dishes come straight out of my great-grandmother's copy of Nitza Villapol's Cocina Criolla. Many of our recipes are very Spanish in their influence, as not only is Spain where most of my family settled, but they were the colonial rulers of Cuba. And, of course, many Cuban recipes have a deep and undeniable African influence, some even retaining their West African names. Cuba, being an island, has survived in large part through the import of its neighbors’ foods and cultures which are inevitably expressed in the cuisine. It is this trans-Atlantic story that culminated to produce the city of New Orleans.

What can we expect from you in the future?

More good food. Beyond our regular events, we are expanding our catering operations to provide fun options such as pig roasts, ceviche bars, and Latin-style parrilladas. Over the years, Orly has turned customers into fans, and fans into friends. His secret to success? “Word of mouth and generosity is more responsible for our continued success than any marketing widget I've ever been pitched. We would not still be here if it were not for our community's constant encouragement.” Congreso Cubano pops-up with a new menu Tuesday night at Barrel Proof Lounge, 1201 Magazine Street. Visit CongresoCubano.com to inquire about catering and follow them on your favorite social media outlet for announcements.

NOLA Eats is Leslie J. Almeida, food and dining writer and native New Orleanian. As the host of dozens of curated culinary experiences, she aims to highlight the people behind the city’s most interesting dining destinations. Since 2003, her past work includes contributions to Forbes, Food Network, CNN and Gambit. Tell Leslie where you’re eating and drinking -- she’s @nola.eats on Instagram and Facebook.

You can support VIVA NOLA’s mission of connecting communities by donating here. Your support, in any amount, is very appreciated.
Tweet 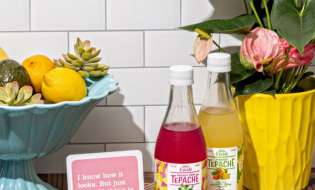 A Medicine Cabinet Full of Fruits and Vegetables