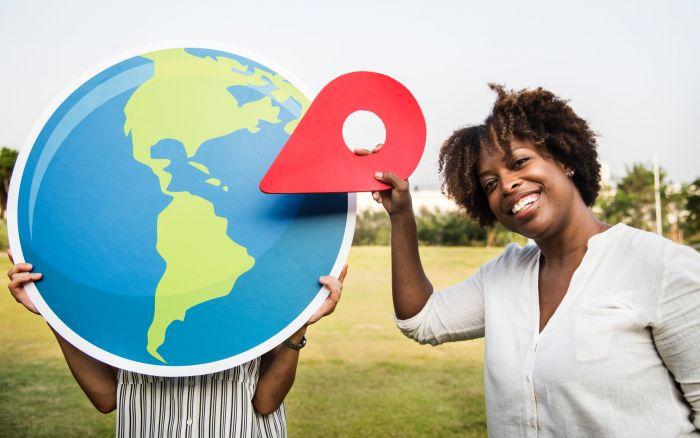 In view of the U.S. celebration of Hispanic Heritage Month, we ran a sort of poll with several local artists to find their answer to a single question.  For the chosen interviews, we used as criteria that the interviews came from professional artists who were not born in this country but who have strong roots in the local community.

Here is the question:

As a Hispanic living in the U.S., what does October 12 mean to you personally, and in general, what does the celebration of Hispanic heritage mean? 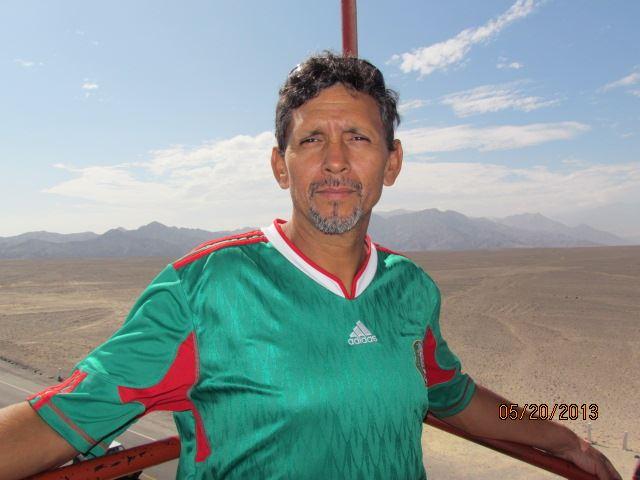 In Mexico, it is quite traditional, we grow up hearing the history versions, that we were discovered, that we should be grateful. As I grew up, I realized that I could not celebrate a genocide. How horrible to celebrate our own conquest!  We’re presented with it as if they came to share their culture with us and it became a tradition, it’s like Thanksgiving, we really don’t know what it’s about. I really have mixed feelings because we’re talking about a crime that we used to celebrate with the family during your childhood, and it shouldn’t be celebrated, it’s like celebrating the day Hitler came to power, except the Spaniards were indeed successful.  But here in the U.S., I think it is important, I support the celebration of Hispanic heritage, I have to support everything that gives us a presence, since we have otherwise been erased, dismissed, deported.  We are creating an organization to promote Mexican culture here in the city, and I am going to bring everything I can to support our culture, that is how we’ll protect our roots. 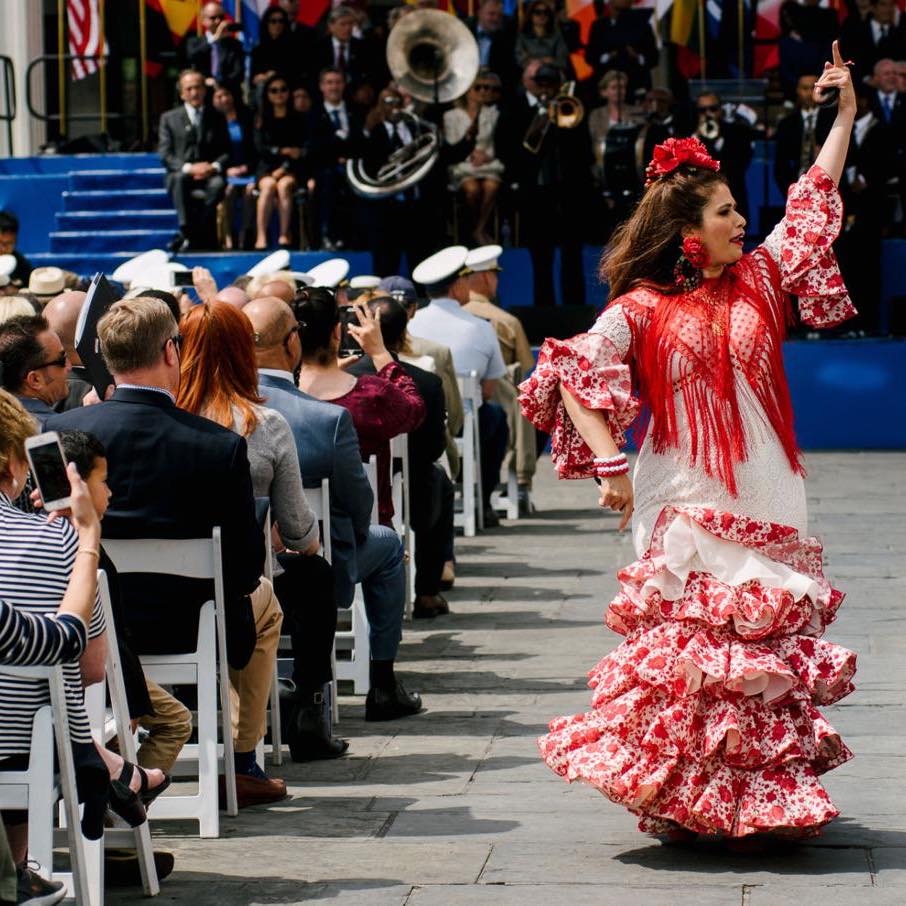 My mother is Nicaraguan and my father is from the Middle East. I was born in Barcelona, where I lived until I was five, and then I lived in Nicaragua until I was twelve, and I’ve been living in New Orleans ever since.  I think of myself as a Spanish New Orleanian, like a New Orleans transplant. October 12 was always very present, because it signals the time when the Spaniards came to “discover.”  Starting in 1760, our city’s culture changed with the formal rule of the Spanish crown, which influenced our identity, New Orleans wouldn’t be what it is if during those 40 years the Spaniards hadn’t governed here.  We wouldn’t be the same if we were only one race/ethnicity, here we see the mixture of people from Africa, from the Caribbean, from the Mediterranean.  The first record of the word tango, for example, comes from when Gov. Miro used it to refer to the African music that was heard around the city. Here we see an explosion of cultures where everyone can express their identity.  We are all united because we were part of the contribution to who we are today.  October 12 signals the beginning of this country, and the beginning of New Orleans, which is the most special city there is, and that is why I am organizing a social aid and pleasure club, to represent all the facets of Hispanic culture in the city. My immediate reaction is full of mixed feelings.  When I was in school, it was like a headache, because in Cartagena there were a lot of abuses, history is very clear, the Spaniards forced themselves, they abused the indigenous community. When I was in Colombia, I saw it with a lot of resentment.  Now, I feel it is my duty (to protect) our language, we have to protect it, and I promote Hispanic culture with pride now, Spanish (language) is not appreciated as it should be, and I hope the chance (to represent it properly) iis not wasted. 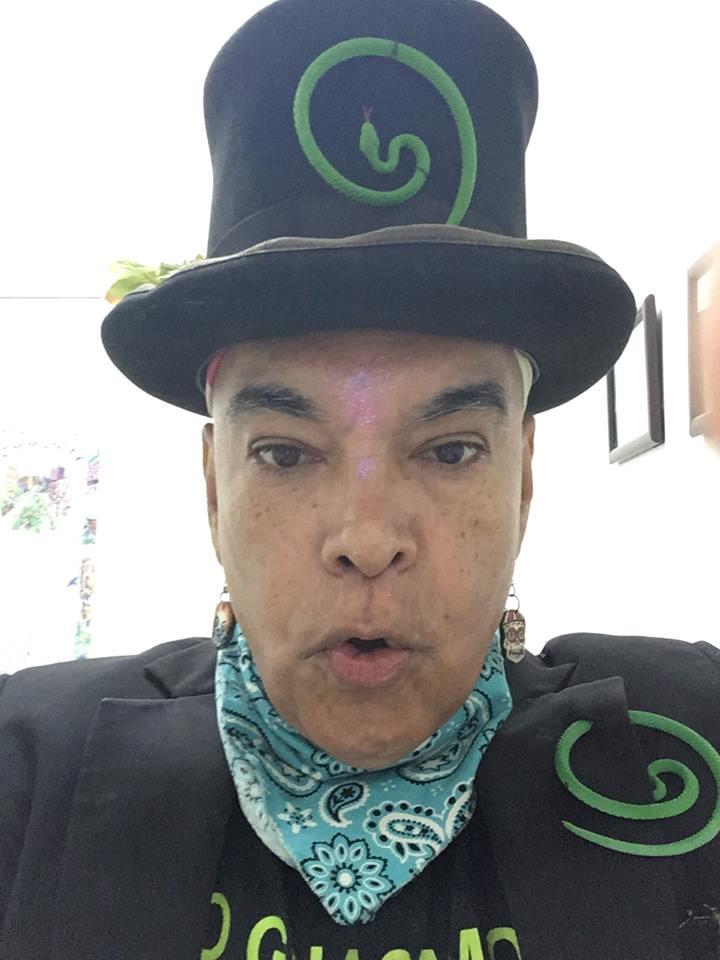 It’s undeniable that our Latin American people are going through a time of brutal persecution here in the U.S. now.  This makes me think about what it really means to celebrate our Latin heritage, when our people are filling up detention centers, because Latin immigrants are now classified as terrorists for simply trying to escape political persecution.  I don’t see this month’s celebration as a party but as an opportunity to use our voices to rebuke a system that is oppressing our immigrants.  I have no patience for people without conscience, and if we remain quiet before this hypocritical system we’re furthering a new way of supporting colonization. We shouldn’t celebrate Christopher Columbus on October 12 because he began the genocide against our indigenous people.  My next book will talk about the crude reality of being an immigrant. 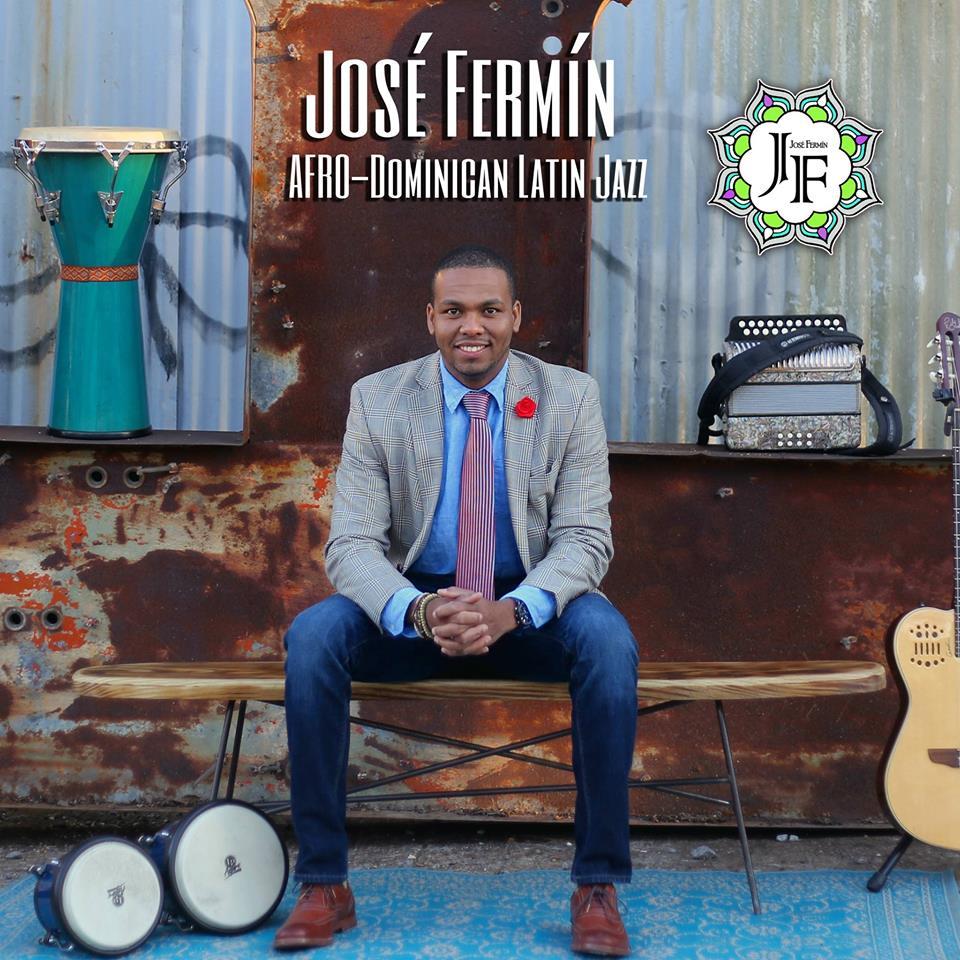 Christopher Columbus first landed on the island of Hispaniola, and since then, the Dominican Republic celebrates the colonization, there’s reenactments in the schools, lectures, and memorials in cultural centers where historical points are reaffirmed.  That is how they teach it at school, a manipulated history, not only in the Dominican Republic but in all of our countries.  I have a lot of problems with that, I have a different opinion, I have basic reasons to disagree and I also know the facts. Many of the details presented as facts are refuted by the records, nothing fits, it is the history of abuse and the taking advantage of the indigenous people by the Spaniards. But October 12 here means the recognition of Latinos in the United States, it is the biggest party where I have the duty to celebrate and remember, a time that all Latinos should use to reflect on the power that we have, whether in politics, culture, cuisine, the arts; we must think about the power we already have, and that it is a month in which we must represent the best we can offer.

VIVA NOLA October-November 2022 You can support VIVA NOLA’s mission of connecting communities by donating here. Your support, in any amount, is very appreciated.

More in this category: « A Blast from the Past The World of Alexey Marti » 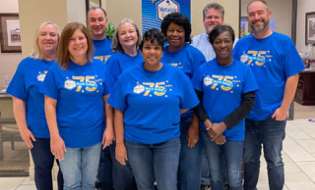 Summer Sunshine and Your Daily Dose: How to Obtain More Vitamin D